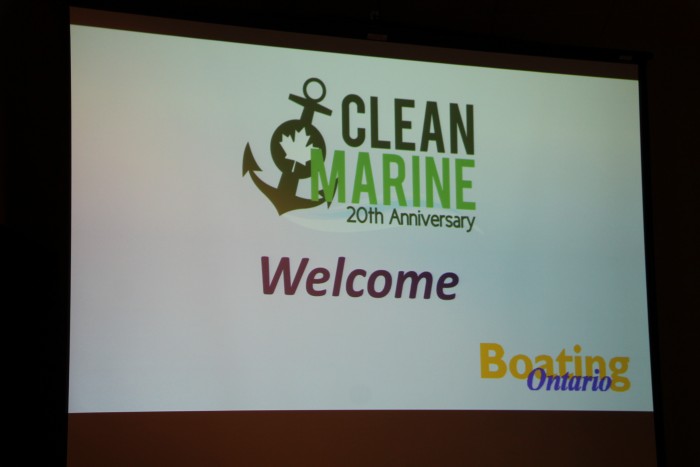 Boating Ontario’s industry-leading Clean Marine Program celebrated its 20th Anniversary with an all day event December 1st, 2015 that included a retrospective look back, an awards presentation, and a look forward to the future.

President Al Donaldson said “The Clean Marine program is by far the best and the most important program I’ve been privileged to be involved with.  At the end of this century, just think about it, 100% of the boats in our marinas today will be totally obsolete – especially if zero carbon laws come to pass.  Despite the fact that Boating Ontario hasn’t received any government funding in over five years, we felt this program was so important to our collective future, that we kept it going.  Today we celebrate it’s 20th anniversary with some awards to some of our outstanding marinas and the accomplishments they have achieved in protecting our environment.”

“When we thought about today, we thought it would be good to give out some awards.  That was an easy thought, not an easy process however.  Choosing the best marina in each province – Quebec, Ontario and BC – where the Clean Marine program operates, wasn’t an easy task,” Donaldson added.

Michelle Young, from the BC Georgia Strait Alliance, presented their top award to False Creek Harbour Authority.  False Creek is a recreational boater marina, but it’s also a commercial fishery – it’s a working marina – and so achieving a 5 anchor rating took some work.  Accepting the award, Harbour Manager Mike Loy said “I could write all the policies and procedures I wanted, but it this program was to work, I knew that we needed the buy-in of all of our boaters.  And we got it largely by providing them with options, rather than telling them “no you can’t do that.”

Yves Paquette, General Manager of the Association Maritime Du Quebec, presented their top award to Le Club Nautique de Roberval commenting that “they had the best program and had made every effort to improved year over year, in 2014 they were a 4 anchor and now in 2015 they achieved the 5 anchor rating while also being very heavily involved in their community.”

Al Donaldson, in presenting the Ontario award to Lefroy Harbour Resorts, said it was extremely difficult to choose from over 250 marinas in the Clean Marina program in Ontario.  The committee choose Lefroy for the marina itself but also for their website, and for their communications to their members that over the years has been a consistent Clean Marina program supporter in a leadership role.

There were several individuals who also received awards for their personal involvement and commitment to the success of the Clean Marine program: Jeff Papier, now retired from Harbour West Marina in Hamilton, for being an early supporter and one of the very first 5 anchor achievers; Michelle Steenbakkers, now retired from Collins Bay Marina in Kingston, for basically writing and starting the Clean Marine program on an entirely volunteer basis; Jillian Organ for her tireless support of the Clean Marina Program; and Kevin Gallagher of Green Leaf Environmental, for his enthusiastic support and yet still objective third-party audits of Ontario’s marinas.

Cyndi Hodgson, Boating Ontario’s Margeting Manager, addressed the future of the Clean Marine program with an announcement of a pilot project in 2016 and a solid launch in January 2017 of the revival of the Clean Boater program.  “We are taking the Clean Marine program to the public.  We need their involvement and their buy-in to expand this valuable program.  Boaters are asking for and seeking our environmentally responsible marinas as places to launch and dock their boats, so we’re making those marinas that are Clean Marina certified even more visible for them.”

To learn more about how you can participate in the Clean Marine program as a boater please visit www.boatingontario.ca 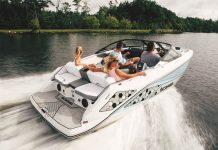 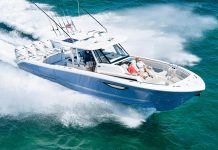 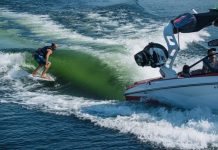