You can be charged with impaired boating in any vessel.

Back a few issues ago, as the Editor of PBC, I alerted our readers to an upcoming court case, the outcome of which would affect every Canadian on the water in some way.  I will briefly review the incident and then share the outcome.

One April afternoon back in 2017, on the Muskoka River just upstream of High Falls in Bracebridge, Ontario, Mr. David Stillars made a decision.  (I stop there to pause because every action we take is a decision and as humans we are ultimately responsible for each and every decision we make, and its’ outcome.) Mr. Stillars actually made three decisions: 1) he decided to get into a canoe after consuming both alcohol and cannabis earlier in the day, 2) he decided to go canoeing despite the strong current of the Muskoka River near the end of the spring melt, and 3) he took his girlfriends’ 8-year old son with him for that paddle.  In short, the canoe tipped spilling both David and the boy into the cold waters. David made it to shore. The boy was swept over High Falls and was most unfortunately, but yet expectedly, found dead at the bottom.  It was indeed a predictable and very preventable tragedy that will impact a family for the rest of their lives.

It will also impact every Canadian who owns any “vessel”.  Charges were laid against Mr. Stillar. A court hearing and trial was scheduled. Many months of research and presentations surrounding both the immediate evidence in the case and applicable legislation were made by various organizations. “Impaired operation of a vessel” has been an offence under the Criminal Code of Canada for years, and that was the applicable law at the time of the Stillar incident.  However, a comprehensive definition of what exactly constituted a “vessel” was not included in the Criminal Code, and so the public was confused, and some law enforcement officers across Canada were reluctant to lay charges in some cases. Where there is no penalty or consequence for a behaviour, the behaviour continues.

Unrelated to this case, as the Canadian government was preparing to make cannabis legal in Canada, proposed amendments to the Criminal Code impairment provisions were tabled in September 2017 that included cannabis and other drugs among the bases of impairment. Those proposals also included a definition of a “vessel” that excluded human-powered vessels. PBC applauds the Canadian Safe Boating Council’s position in its testimony before the House of Commons Standing Committee on Justice and Human Rights, pointing out that a significant portion of the impaired boating deaths each year involve human-powered vessels, and that excluding them would increase risk. The Standing Committee subsequently recommended this exclusion be removed, and that it be left to the courts to determine. The end result was that the Criminal Code of Canada legislation now reads such that being impaired (by alcohol or any drug) and operating any vessel (human or otherwise powered) is a criminal offense.

The court’s decision in the Stillar case was released this past June 27, 2019. Mr. Stillar was found guilty.  He became the first Canadian ever to be convicted of impaired driving charges for the act of paddling a canoe.  He now has a criminal conviction. My point is not to focus on Mr. Stillar, but the bigger picture and how it affects everyone on the water.

The outcome of the Stillar case in Ontario is a landmark case in providing clarity that impaired operation of any type of vessel is a criminal offence in Canada. While the June 27, 2019 decision is only applicable in Ontario, it has now created a precedent for cases in other jurisdictions all across Canada.  The decision has been welcomed by boating safety advocates, including Sgt. Dave Moffatt of the Ontario Provincial Police, who said: “In a canoe, in a vessel propelled by muscular power, you go into the water while you’re impaired, that can take your life away in minutes”, and that he believes the ruling means it is more likely that police will now lay charges of impaired paddling.

What’s important here is that we not forget the fact that an innocent 8-year old boy died as a result of an adult’s decision, an adult he trusted. Equally important is that every motor yacht, sailboat, dinghy, canoe, kayak, rowboat, paddleboat, and stand-up paddleboard owner learns from this decision, and the clarifying precedent that it sets in determining exactly what a “vessel” is.

In short, as PBC and every other boating association and organization has been promoting for years: “Boat Sober”. Period. No debate, no uncertainty, no grey area, you’d best be sober when you go out on the water – or face the consequences of your decision. We can’t repeat this message enough, so I’ll say it for the third time in this article: being impaired (by alcohol or any drug) and operating any vessel (human or otherwise powered) is a criminal offense under the Criminal Code of Canada.

Let’s share this landmark case and it’s resulting decision and precedent with our boating friends, dock-mates and anyone else we see, not to attack or demonize Mr. Stillar in any way, but to communicate, educate and clarify what is allowed and what’s not allowed, so that this little 8-year old’s life is the last one we lose due to impaired operation of any vessel. 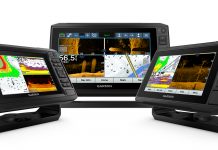 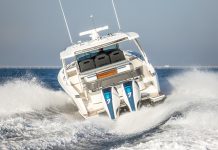