The 58th annual Toronto International Boat Show saw 70,643 attendees at the 2016 show, a 1% increase over 2015 (70,174). The Toronto Show is the largest indoor boat show in North America, covering more than 1 million square feet of space and home to the world’s largest indoor lake.  The event is the economic bell weather for the Canadian boating industry.

Exhibitors reported strong sales across most categories, despite negative financial market conditions and a declining Canadian dollar that were a focus of national media during the show.

Cynthia Hare, Show Manager for the event commented “The mood from exhibitors prior to the show was uncertain and reserved, due the economic environment.  Attitudes of consumers were very positive, resulting in strong sales and leads throughout the show.”

Canada’s largest marine dealer net-work, Pride Marine Group, saw robust sales action across their various lines from 16-51 feet. “Last year was a record year for us, and this year we’re up almost 20% — so to say we’re excited is an under-statement,” said Paul Nickel, President. “It’s a result of the work we’ve done on our brand over the last few years and it continues to get significantly stronger.”

Dave Mayhew at Boat Warehouse, the world’s largest Four Winns and Lowe dealer, said, “Pockets of the industry did very well and the higher end looks positive. We had to work ten times harder this year to explain the currency exchange and higher prices… I don’t know if any-one will believe me, but with all that hard work we’ve ended up about the same as last year – and last year was great!”

Chris Poole, owner of Muskoka Boat Gallery and Mastercraft dealer, added to the challenging perspective. “Sure, it was challenging. There was a bit of a ‘fear factor’ among some people, given the dollar situation. So it was a bit tougher out there, no question. But we pre-ordered most stock and had it on the ground before the dollar really sank, so it was less of an issue.  Over 25% of our year, direct and indirect, comes from this Show…and this year’s no different. We’ll come in about the same as last year, but amid such difficult circumstances, that’s a big win.”

Donna Rork, owner of Cottage Toys, the largest supplier of water sport and surf wear in Canada, experienced excel-lent sales growth at this year’s Show, “This year, we managed to hold the line on pricing despite the exchange rate so that really increased traffic. More traffic, more buzz, more sales!”

The Toronto International Boat Show is owned and produced by Canadian Boat Shows.  In generating more than $350 million in economic impact to the region, it is the largest indoor boat show in North America. The 2017 dates are January 20 – 29. 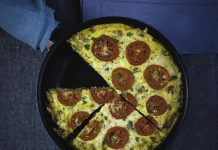